SO I USED GRAY AND OTHER POEMS - AMITAVA CHAKRABARTY

Share
Details
This books has a collection of 46 poems of Amitava Chakrabarty.
In Author's Words:- After a long wait these poems got a place to rest between a khadi clad, hand made, hand pasted, gold- embossed covers. Yes my second book has come out from Writer's Workshop, Kolkata. One of the last manuscripts selected by Prof. P Lal before he passed away on 3rd Nov, 2010.
Poem:- IPL in a Village
The Embers of hunger,
Of ruthless exploitation,
The impotent anger arising
Of perennial plunders
Of crimes and commissions
Of the political masters
Is simmering slow
As the idiot-box is aglow
With Cricket Matinee’s Show.
Gaping half-fed eyes,
Fed with sixes and dances,
Splashed with countless colours
In tattered canvas of their lives,
They cheer the cheerleaders;
They relate with themselves
The spicy ads which incite
And enhance their cravings –
Like parched earth of summer.
The burns really hurt
After the last over,
When the pangs of hunger
Return with as much vengeance,
And the chaos surrenders
To the silence of terror
And life limps on
With the leftovers –
Of the coloured oppressors.
BOOK REVIEW: There are poets who dwell in the realms of allegory for the sake of it, which particularly aesthetic bent often impedes the soft lyrical grace of their verse. Chakrabarty, is certainly not one of them. The thousand incitements of postmodern versification notwithstanding - especially the urge to appear complex and render audible through a lonely voice a million gasps - Chakrabarty likes rollicking in the archaic splendour of romanticism; likes spending sublime hours in his secluded nook listening to the "still sad music of humanity". He prefers lyricism to jarring symbolism and his poetry springs from the depths of his wounded liberalism - his is a subdued voice, not complaining but moaning the ills of the World and the transience of life that subverts every human attempt at constructing meaning and values. This frustrated metaphysical quest lies at the root of Chakrabarty's poetry, giving his metaphors meaning and making his irony pointed; a irony that cuts through shallow political verisimilitude and cultural commonplaces in its search for the truly tragic. At turns acerbic and grim, his irony seldom degenerates into savagery, of the sort readers of contemporary poetry a pre pretty familiar with, and his satire - never condescending but almost always sharp - relentlessly and unfailingly exposes the inconsistencies inherent in conventional social norms and the foibles and frailties that hold back the possibility of self knowledge - the poet's sovereign and inalienable objective.
Rejecting the myriad allurements of abstract symbolism and the urge to indulge in semantic quibbles, Chakrabarty's  free flowing verse, often embroidered in rhyme, dishes out emotions, ideas and conflicts characterising modern life in a manner befitting a mind immersed in the profound pleasures of poetry.
The first stanza of the short poem Wounded would suffice to demonstrate Chakrabarty's characteristic poetic qualities: Those loving touches on me you left/ Are wounds that don't heal, / And all the bliss I ever dreamt-/ Haunt my senses still. Honest, simple, straightforward, the product of a mind lost in the uncontrived, idyllic world of love, basking in a newfound inner serenity that follows every honest confession.... readers wouldn't be far off the mark in drawing an inevitable parallel between the poet of Wounded and the young Wordsworth.
Many of the poems that have found their way into the collection first appeared in The Statesman. An unmistakably original voice, Chakrabarty would surely appeal to a wide cross section of readers, not least because of the effortless amalgam of social awareness and lyrical charm his work showcases.
ABOUT THE AUTHOR: Amitava Chakrabarty is a Marine Officer of the Kolkata Port Trust by profession and a journalist, writer and poet by passion. He has written articles for the Hindustan Times and his poems have been published in The Statesman, The Times of India and The Asian Age. His poems have also appeared in journals like Phoenix  the New Life Poetry, Poetcrit-India and Metverse Muse. His first anthology of poems was called Solitude.
More Information
Reviews
Write Your Own Review 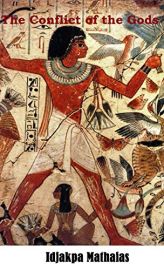 The Conflict Of The Gods 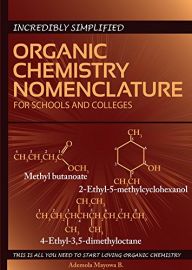 
Other Books by Amitava Chakravarthy